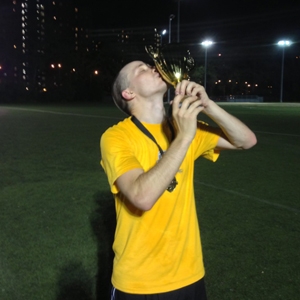 I have been playing soccer my whole life. When I moved to New York City after college, I joined an outdoor and indoor rec league to play with my friends about once per 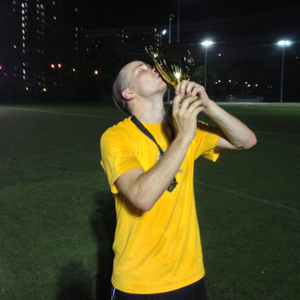 week. It is my favorite way to stay active.

In January 2012, I was playing in a game when I felt something pop in my knee. I knew immediately that something was wrong. I went to HSS because I know they have physicians that are dedicated to athletes and sports-related injuries. I met Dr. MacGillivray on my first visit and he confirmed that I tore my ACL and bruised my meniscus and would need surgery. He and his staff walked me through everything from pre-op to the procedure itself to post-op and rehab, so I knew what I was getting into.

Even though I was worried about getting around NYC on crutches - and especially going up and down 4 flights of stairs in my apartment building - everything went smoothly and I began rehab pretty quickly after the surgery. A little more than a year later I returned to dominate the soccer field! Since the surgery I've competed in 2 Spartan Races, numerous 5K races and I feel great on the soccer field. I couldn't be more thankful of the great care that HSS took to get me back to where I was prior to my injury.