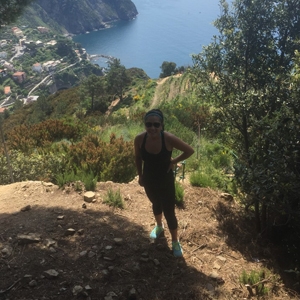 In February of 2015, I went skiing for the first time in many years. After doing well all morning, I unfortunately crashed at the bottom of a hill right after lunch. My ski went 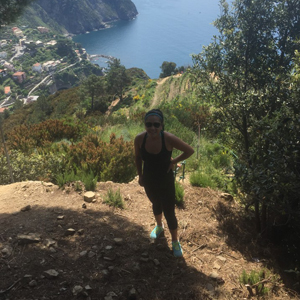 one way and my left knee went the other. Immediately, I heard a pop and I knew something was not right.

When I returned to New York City, I was referred to Dr. MacGillivray. After an X-Ray and an MRI scan, he confirmed that I had fully torn my ACL and that if I was at all active, I should proceed with reconstructive surgery. Upon receiving the news, I was devastated. I was used to working out five to six times a week, whether it was running, spinning or strength training. Regardless, no matter how many times Dr. MacGillivray insisted I would be back at 100% in no time, I thought my days of physical activity were for all intents and purposes over. Mentally, it was a huge pill to swallow, but that same day I scheduled surgery for the end of March.

After hobbling around for about a month, the day of surgery finally arrived. I have to admit, I was far more nervous that I had ever anticipated, but everyone at HSS was incredibly supportive. I went into surgery and when I regained consciousness, I felt like my entire left leg was on fire. I knew in that moment, it was a waiting game from here on out and that only time would heal all.

After about a week of bedridden rest, I started physical therapy. Everyone had told me that it was absolutely essential that I be diligent about my physical therapy regime so I made sure to do my exercises twice a day every day. To say that that level of diligence paid off would be an understatement. Before I knew it, a month had gone by and I was starting to walk again without a limp.

I knew though that the real test would be after my six-week check up with Dr. MacGillivray. My family had scheduled a trip to Italy for early May prior to my injury and we were planning to hike the mountains of Cinque Terre. In all honesty, I had no idea if I would be able to survive the hike even if Dr. MacGillivray gave me the green light. But I did and though I had to take it slower than I would have normally, seven weeks after surgery, I was able to hike Cinque Terre with the rest of my family and enjoy the amazing views from the top of the mountain!